When Passion Leads to a Problem (High Performing Kids) 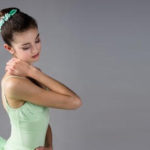 Many children are involved in performing arts or sports. This can become a big part of their lives. It may be a large part of your child’s sense of who they are and the gateway to a certain circle of friends. Participation may be a great way to teach values such as working toward a goal or in some cases learning to be a productive member of a group, and sometimes it supports self-expression.

Despite all the positives problems do emerge. Two common ones are an injury or a feeling of hitting a performance plateau and wishing that more was possible.

Injuries happen. They are two types. First there are accidents that lead to some sort of sprain, strain or fracture. The good news here is that assuming there are no underlying emotional issues, kids tend to heal fast. There are many competent professionals in the medical world to help as needed.

More complex are injuries that can be described as “overuse” and/or “misuse”.  As the names suggest these involve how and how much your child is participating. What I know from years of experience including working with professional dancers and musicians is that the better the “use”  (very fine details of how someone does what he or she does) the higher the tolerance for hours of practice, performance and play if that is what is desired. The key to long-term resolution of these injuries is to really look closely at technique and how it can be modified so that the activity is performed in the most efficient and effective way with the least strain on the body.

The really cool thing about this for me is that this same analysis and correction typically results not only in the ultimate resolution of the “overuse” injury and prevention of recurrence, but also in improved performance.

Many times a child can surpass a performance plateau by being given understanding of what the optimal way to work with their unique body and the tools to implement that.

So what do I do to help your high performing child?

First I would like to share a bit of background. Many years ago I was struggling with finding a career direction. Back then I was doing quite a bit of mostly avocational dancing. Two things emerged. I became fascinated with how the greats like Baryshnikov and Michael Jackson at the time, did what they did with seemingly little effort. Second was that I ended up with ankle tendinitis that none of the medical interventions I tried could resolve.

I chose to first study Kinesiology (the science of movement) and learned lots about the mechanics of movement and how brain and body work together in producing it. At the same time I was doing a small amount of ballet teaching and was able to begin to link the theoretical and the practical. I went on to study physical therapy primarily for practical reasons, and ultimately Feldenkrais® and the Anat Baniel Method(sm) that truly gave me an embodied sense of all of that academic knowledge.

When I work with a child performer or athlete I use my keen ability to analyze movement and compare that with what is more optimal. If there is a musical instrument, pointe shoes or a sports implement that will be included. That accomplished, I use direct verbal instruction along with active movement as well as gentle hands on work to help you child have a stronger internal body sense of what is being asked for.

If you have a child or know one whose passion is leading to frustration, I would love to speak with you. Please give me a call at 206-842-4608.